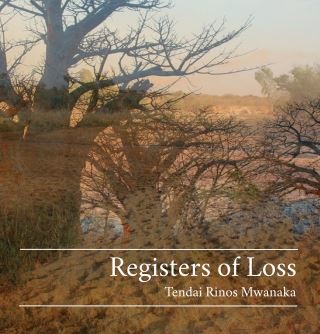 My work takes the nature of interactive, collaborative and multidisciplinary. I work across several art fields, including among others literary (fictions, novels, essays poetry, play, short stories, songs...), musical (composition, singing, reciting, mbira, marimba, keyboards, a little guitar...), and visual (drawings, paintings, photography, collages, mixed media, installation etc...) I am interested in connection, convergence, community and cooperation, following disparate sometimes disfigured experiences, seeing how they can come together or shy away from each other to create new wholes. The baobab trees are ancient trees, some might be thousands years old, imagine the people who have stayed in these dwellings, who have ate the fruits of these trees, who have used its leaves as relish(we create mashed okra relish with baobab leaves), the ailments treated by its buck....every part of this succulent tree is useful. In this photo journey I learned a lot more about these beautiful souls: they have a tendency to create musical lines, mostly linear, it's like one tone starting it, fading and letting the next tone to take over and this will fade and let another tone to take over, such that you can see the lines, how they conjoin to create music beyond human understanding. And most of the Baobabs, I realized, inhabit the same place in numbers, and usually they are on high grounds, like Gods who love elevated dwellings, and they look down upon other small humans (small trees, humans etc...), but there are also some singular baobabs that inhabit lower grounds and most of these are solitary and from my memory growing up here, these don't bear fruits. And whilst I was photographing the Baobabs several story strands in my head converged around one far much more important issue, the issue of Climate Change and Global Warming. In Registers of Loss I encourage working together as human beings to arrest Global warming and climate change the way the baobabs work together to communicate in linear notes, or in community thoughts.

Rinos Mwanaka: Tendai Rinos Mwanaka is a Zimbabwean publisher, editor, mentor, thinker, literary artist, visual artist and musical artist with 21 individual books and 23 curated and edited anthologies published. He writes in English and Shona. His artwork has been nominated, shortlisted and won several prizes, and have also appeared in over 400 journals and anthologies from over 30 countries. He has translated 2 books into Shona and his poetry collection Logbook Written by a Drifter has been translated and published into Serbian, Albanian, Arabic and Spanish and his poetry pieces have also been translated and published into Shona, Serbian, Spanish, Arabic, Bengali, Tamil, Macedonian, Albanian, Hungarian, Russian, Romanian, French and German. His artwork has been exhibited in Sweden, Arna Gallery, South Africa, Alice Gallery and Canada by Vancouver Book Art Exhibition. He is currently working on two musical works, one album is composed of Mbira, Keyboards and lyrics and the other album is composed of Marimba, Keyboards and Poetry which he hopes to release soon.