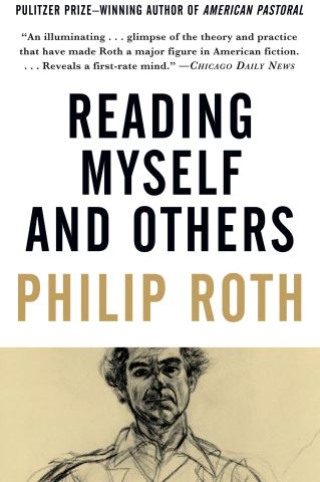 Reading Myself and Others

Fascinating interviews, essays, and articles spanning a quarter century on writing, baseball, American fiction, and American Jews—from the Pulitzer Prize-winning author of American Pastoral and one of the greatest writers of the 20th century.

"An illuminating...glimpse of the theory and practice that have made Roth a major figure in American fiction." —Chicago Daily News

Here is Philip Roth on himself and his work and the controversies it's engendered. Here too are Roth's writings on the Eastern European writers he has always championed, and so much more. The essential collection of nonfiction by a true American master, Reading Myself and Others features his famed long interview with the Paris Review.

Philip Roth: PHILIP ROTH won the Pulitzer Prize for American Pastoral. In 1998 he received the National Medal of Arts at the White House and in 2002 the highest award of the American Academy of Arts and Letters, the Gold Medal in Fiction. He twice won the National Book Award and the National Book Critics Circle Award. He won the PEN/Faulkner Award three times. In 2005 The Plot Against America received the Society of American Historians’ Prize for “the outstanding historical novel on an American theme for 2003–2004.” Roth received PEN’s two most prestigious awards: in 2006 the PEN/Nabokov Award and in 2007 the PEN/Bellow Award for achievement in American fiction. In 2011 he received the National Humanities Medal at the White House, and was later named the fourth recipient of the Man Booker International Prize. He died in 2018.