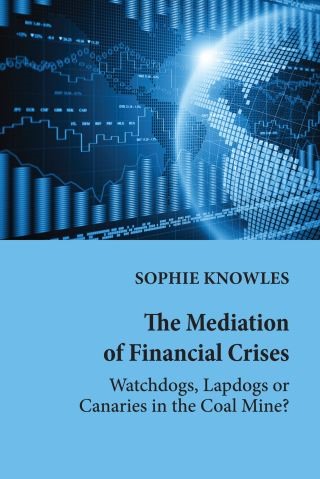 The Mediation of Financial Crises

Watchdogs, Lapdogs or Canaries in the Coal Mine?

In 2007-8 the world economy started its heady journey to recession. The Queen herself asked "why didn’t we see this coming," but it’s a question that remains unanswered. A decade later and it is still not clear exactly who is responsible for the crisis. The world has experienced the long-term impact of austerity policies on its welfare system and the political landscape is completely changed.

This analysis of the media that reported on this crisis and where it came from is long overdue. The media were responsible for warning the public—a role they failed in. This book provides evidence that journalists, like bankers and regulators, need to be held accountable. The Global Financial Crisis is a starting point, but it deserves a much wider context and explanation, one this book provides for the first time.

Looking at three global and pivotal financial crises, this book assesses the degree to which financial and economics journalists have played a watchdog role for society. It takes a long glance back from the Global Financial Crisis of 2007-8 to look at the (as it shows, gradually narrowing) content we have been reading in mainstream publications, and speaks to journalists in three countries to gauge the reality of the situation from the perspective of the newsroom.

Sophie Knowles is a Senior Lecturer in the Media Department at Middlesex University, London. Knowles received her PhD from Murdoch University, Australia. She is co-editor of Media and Austerity: Comparative Perspectives and Media and Economic Inequality and numerous other publications on the media's representation of finance and the economy.