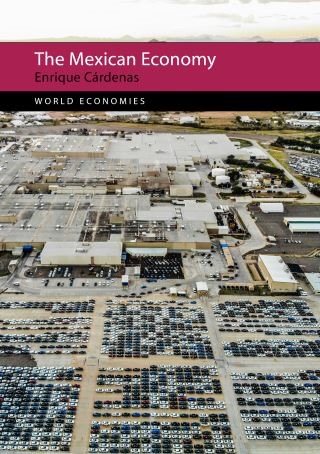 Mexico is the sixteenth largest economy in the world and Latin America’s biggest exporter and importer. Despite the country’s relative macroeconomic stability, there are two Mexicos: one more prosperous, advanced and modern, the other poor, isolated and disadvantaged, and this polarization characterizes much of the country’s recent economic development.

Enrique Cárdenas provides a concise survey of Mexico’s recent economic history and examines its attempts to address the economic challenges thrown up by regional disparities, low productivity and an export-fuelled economy overwhelmingly dependent on demand from its largest neighbour. The book investigates the relative robustness of the macroeconomic fundamentals alongside specific industry-level economic trends, especially those sectors dependent on free trade agreements. Demographic trends, in particular migration to the north, urbanization, poor labour relations, organized crime and entrenched corruption are all shown to have impacted the economic path Mexico has taken.

The book offers an up-to-date analysis of Mexico’s economic development, social reform programmes and political economy suitable for a range of courses in Latin American studies and development studies.

Enrique Cardenas is a Faculty Professor at Universidad Iberoamericana Puebla and Universidad de Guadalajara, Mexico. He has written extensively on Mexico's economic history and the contemporary Mexican economy. He has taught at Universidad de las Americas-Puebla, ITAM and El Colegio de Mexico in Mexico and at the University of Oxford in the UK. He was cofounder of Centro de Estudios Espinosa Yglesias in Mexico City where he served as Executive Director for 12 years.