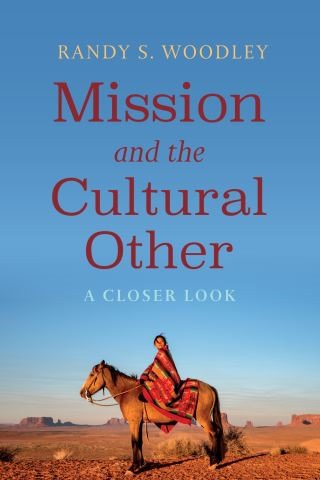 Mission and the Cultural Other

Mission and the Cultural Other is a decolonial critique of a too often failed missionary enterprise. Rev. Dr. Randy Woodley, a former missionary and missiologist, writes both as an insider and an outsider. As an Indigenous person, a missionary among Native Americans, and a decolonial theologian with over thirty years of experience in various missionary movements, he has seen the best and worst that American mission has to offer. Before change can be made in a guarded system such as Christian mission, the critique must be pervasive and cut to the core of the problem. To truly understand the weakness of modern mission, we need to hear from those who have been its casualties.

Randy S. Woodley: Rev. Dr. Randy S. Woodley is distinguished professor of faith and culture at Portland Seminary, Portland, Oregon. He and his wife co-sustain Eloheh Indigenous Center for Earth Justice and Eloheh Farm & Seeds in Yamhill, Oregon. www.eloheh.org. Randy is an activist/scholar, distinguished teacher and wisdom keeper who addresses a variety of issues concerning American culture, faith/spirituality, justice, race/diversity, regenerative farming, our relationship with the earth and Indigenous realities. His expertise has been sought in national venues such as Time Magazine, The Huffington Post and Christianity Today. Randy was raised near Detroit, Michigan and is a Cherokee descendent recognized by the United Keetoowah Band of Cherokee Indians in Oklahoma. His other books include: Becoming Rooted: One Hundred Days of Reconnecting with Sacred Earth, Indigenous Theology and the Western Worldview: A Decolonized Approach to Christian Doctrine, Living in Color: Embracing God's Passion for Ethnic Diversity, The Harmony Tree: A Story of Healing and Community and Shalom and the Community of Creation: An Indigenous Vision.