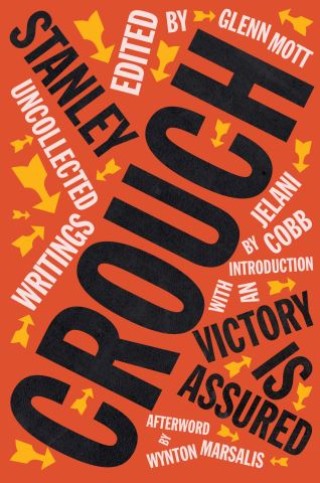 The grievous loss of Stanley Crouch, one of America’s most renowned intellectuals, is underscored by the posthumous appearance of these remarkable essays.

With Stanley Crouch’s untimely death in 2020, American literature lost “a critic without peer” (Ta-Nehisi Coates). Born in Los Angeles in 1945, Crouch—a towering stylist, fearless columnist, and without question, one of the finest jazz critics of all time—was Rabelaisian both in stature and in intellectual appetite. Beloved yet cantankerous, Crouch delighted and enflamed the passions of his readers in equal measure, whether writing about race, politics, literature, or music.

In these essays—some discovered on his computer, unpublished until now—Crouch tackles subjects ranging from Malcolm X (“a thorned bud standing in the shadow of sequoias”) to the films of Quentin Tarantino (“With Django, Tarantino has slipped down . . . into a shallow and bloodstained hip-hop turn that his own best work has well-refuted”). Introduced by Jelani Cobb, with an afterword by Wynton Marsalis, and collected by his longtime editor Glenn Mott, Victory Is Assured canonizes the legacy of an inimitable, indispensable American critic.

Stanley Crouch: “A stylish butcher of sacred cows” (Salon), and self-described “radical-pragmatist” Stanley Crouch (1945–2020) was a columnist, novelist, essayist, and television commentator. A cofounder of Jazz at Lincoln Center, he is the author of eight critically acclaimed books.