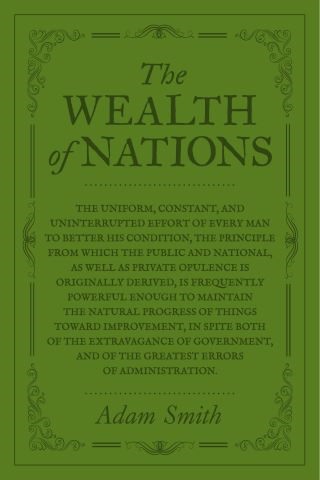 The Wealth of Nations

When the Scottish moral philosopher and economist Adam Smith (1723-1790) first published The Wealth of Nations in 1776, capitalism as we know it today barely existed. Most people in the West still worked for themselves in small shops or as subsistence farmers. But the worldwide spread of European empires, with their global, interconnected networks of shipping and trade, and the growth of trading markets, created a burgeoning new business class. Smith didn’t just study this development of a new commercial sphere, he constructed an entire philosophy around it that helped created the modern theory of capitalism.

Smith’s case for the simplification of government tariffs and the opening up of markets is used frequently in the modern world as an argument for completely unfettered capitalism. But as a moral philosopher, Smith was just as interested in building a more stable and just society as he was liberating capital from regulations. He maintained that the “invisible hand” of the market and the self-interest of individuals could ultimately be positive forces once unchained from Europe’s barely post-feudal government. In doing so he created, arguably, the entire discipline of modern economics.

In The Wealth of Nations you will find not just a vividly written and uncommonly passionate defense of the free market as a liberalizing force, but a fascinating look at both the financial and moral underpinnings of all Western society.