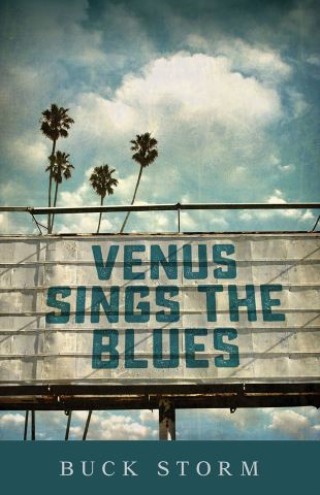 To say Bones isn't thrilled with his dead-end job at the Venus Motel would be an understatement. But when you're fifteen with no family, expecting any prospects for your future feels pretty pointless. You just have to roll with the whims of the powers that be. And the motel owner, Calico Foster, can't keep herself afloat, much less rescue a lost kid. A job is all she can offer.

Why Jimmy La Roux chooses the Venus to land at when he rolls out of the desert and into the parking lot is more than anyone knows. But with a rattle of Harley pipes and a cloud of dissipating dust, he roars in, fresh from blasting through the cosmos, ready to change all of their lives. Complete with jeans, boots, hair and muttonchops swept back from cosmic winds, and muscles like ropes, he looks like he could take on any sorrow and wrestle it into submission. And he's wielding a magic box that makes anything that goes into it disappear forever…

Welcome to the Venus Motel, where a million stars dance above the neon and things are almost never what they seem.

With a cast of characters including a blues-playing magician biker, a broken singer running away from her past, a couple of down-and-out crooks, a lovelorn cowboy, and a famous author drowning his demons in a bottle of rum, Venus Sings the Blues is vivid, quirky ride into the desert Southwest. Like all of Buck Storm's stories, it's full of humor and depth, and takes a lyrical look at God's love and his pursuit of man in a style reminiscent of an engaging blend of Jimmy Buffet and Gabriel García Márquez.

Buck Storm: Buck Storm is a singer and songwriter in Hayden, Idaho. He's also the author of several books, including Truck Stop Jesus, Through the Holy Land on the Road Less Traveled, and The Miracle Man. Find out more about Buck at www.buckstorm.com.