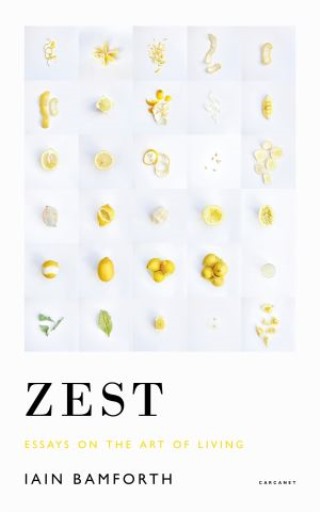 Essays on the Art of Living

Following on the explorations of culture and politics in his previous collection The Good European, the writings in Zest delve into less obvious but important aspects of social life—into manual work and 'dolce far niente', into ancient vernacular craft traditions and the data stockpiles of modernity. Early in the book we visit the Garden of Eden with Hieronymus Bosch, where we share with him the first fruit. It takes us by way of writers, artists, philosophers, travellers, photographers, musicians and flavours into the world of Zest—how we can find it and what its discovery does to us. Bamforth's sensuous, richly nuanced essays affect us as stories do, each one creating a world in which its arguments live and breathe, laugh and explore. He has written extensively about medicine. He is, more than just a widely travelled European, a world traveller: his work as a hospital doctor and general practitioner has taken him to every corner of the planet, working as a public health consultant in various developing countries, especially in Asia. 'Zest' itself occurs in the South of France, with Tobias Smollett, as picaresque a writer and character as Dr Bamforth himself. He is provoking, digressive and often droll. His diverse interests, from Bible studies to communication theory, from photography to the impact of globalisation, and his shifts from botanising in the Garden of Eden to 'botanising on the asphalt' (Walter Benjamin) always keep in sight the philosophical issue that provides Zest's subtitle—'the art of living'.

Iain Bamforth: Iain Bamforth was born in 1959 and grew up in Glasgow. He has worked as a hospital doctor in the American Hospital of Paris and the Australian outback, as urban and rural general practitioner, and more recently on community health projects in south-east Asia. He has also been a scientific translator and editor, literary journalist and lecturer in comparative literature. He has published five collections of poetry, a history of modern medicine as told through literature (The Body in the Library, Verso), and a collection of essays on European intellectual history (The Good European, Carcanet).