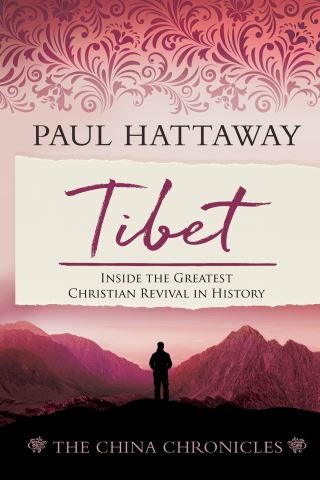 Inside the Greatest Christian Revival in History

in Tibet throughout history.

The Tibetan Plateau is mountainous, inaccessible and vast—three times the land area of the UK, but with only one-tenth of the population. Most Tibetans claim to be Buddhists but, for many, Buddhism is a veneer over older, darker beliefs. The spiritual realm is a daily reality in Tibet.

There are only tiny numbers of Tibetan Christians, but the “Roof of the World” has a long and remarkable Christian history. Paul Hattaway recounts the stories of the many courageous, tenacious men and women who have attempted to exalt the Name of Jesus Christ in Tibet, against overwhelming odds and in the face of powerful spiritual forces.

This is the fourth volume in The China Chronicles, which tell the modern history of the Church in China.

Paul Hattaway, a native New Zealander, has served the Church in Asia for most of his life. He is an expert on the Chinese Church, and author of The Heavenly Man, An Asian Harvest, Operation China, and many other books. He and his wife Joy are the founders of Asia Harvest (www.asiaharvest.org), a non-denominational ministry that serves the Church in Asia through various strategic initiatives, including Bible printing and supporting Asian missionaries who share the gospel among unreached peoples.

The author can be reached by email at paul@asiaharvest.org.