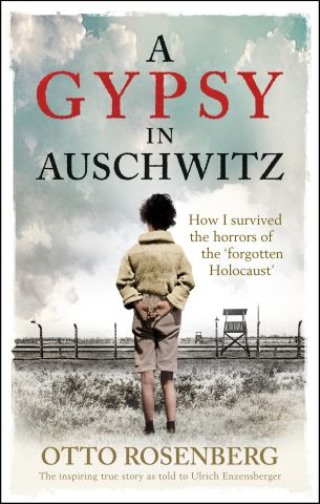 A Gypsy In Auschwitz

How I Survived the Horrors of the ‘Forgotten Holocaust’

Otto Rosenberg is 9 and living in Berlin, poor but happy, when his family are first detained. All around them, Sinti and Roma families are being torn from their homes by Nazis , leaving behind schools, jobs, friends, and businesses to live in forced encampments outside the city. One by one, families are broken up, adults and children disappear or are 'sent East'.

Otto arrives in Auschwitz aged 15 and is later transferred to Buechenwald and Bergen-Belsen. He works, scrounges food whenever he can, witnesses and suffers horrific violence and is driven close to death by illness more than once. Unbelievably, he also joins an armed revolt of prisoners who, facing the SS and certain death, refuse to back down. Somehow, through luck, sheer human will to live, or both, he survives.

The stories of Sinti and Roma suffering in Nazi Germany are all too often lost or untold. In this haunting account, Otto shares his story with a remarkable simplicity. Deeply moving, A Gypsy in Auschwitz is the incredible story of how a young Sinti boy miraculously survived the unimaginable darkness of the Holocaust.

Otto Rosenberg: Otto Rosenberg was born in East Prussia in 1927 and grew up in Berlin. He was 9 when he was sent to the Roma and Sinti camp in Marzahn, ahead of the 1936 Olympic Games, and 16 when he was sent to Auschwitz. He was then detained in Buchenwald and Bergen-Belsen concentration camps before being freed in 1945. In later years, Rosenberg was the chairman of the Regional Association of German Sinti and Romanies Berlin-Brandenburg and fathered seven children. He passed away in 2001.