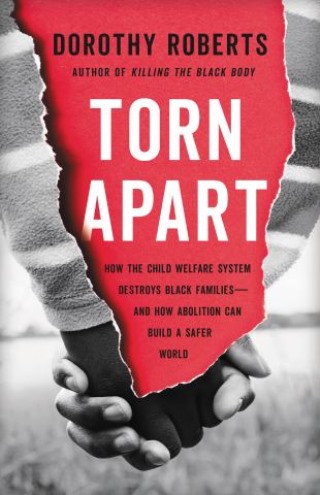 Many believe the child welfare system protects children from abuse. But as Torn Apart uncovers, this system is designed to punish Black families. Drawing on decades of research, legal scholar and sociologist Dorothy Roberts reveals that the child welfare system is better understood as a “family policing system” that collaborates with law enforcement and prisons to oppress Black communities. Child protection investigations ensnare a majority of Black children, putting their families under intense state surveillance and regulation. Black children are disproportionately likely to be torn from their families and placed in foster care, driving many to juvenile detention and imprisonment.

The only way to stop the destruction caused by family policing, Torn Apart argues, is to abolish the child welfare system and liberate Black communities.

Dorothy Roberts: Dorothy Roberts is the George A. Weiss University Professor of Law and Sociology at the University of Pennsylvania, where she directs the Penn Program on Race, Science, and Society. The author of four books, including Killing the Black Body, she lives in Philadelphia, Pennsylvania.