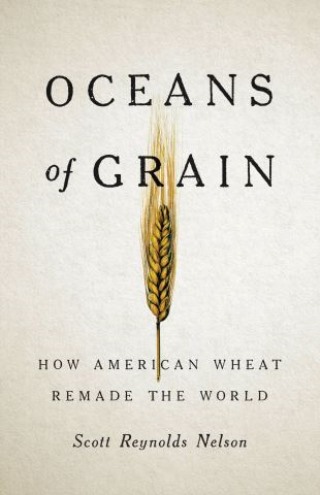 How American Wheat Remade the World

An "incredibly timely" global history journeys from the Ukrainian steppe to the American prairie to show how grain built and toppled the world's largest empires (Financial Times).

To understand the rise and fall of empires, we must follow the paths traveled by grain—along rivers, between ports, and across seas. In Oceans of Grain, historian Scott Reynolds Nelson reveals how the struggle to dominate these routes transformed the balance of world power.

Early in the nineteenth century, imperial Russia fed much of Europe through the booming port of Odessa, on the Black Sea in Ukraine. But following the US Civil War, tons of American wheat began to flood across the Atlantic, and food prices plummeted. This cheap foreign grain spurred the rise of Germany and Italy, the decline of the Habsburgs and the Ottomans, and the European scramble for empire. It was a crucial factor in the outbreak of the First World War and the Russian Revolution.

A powerful new interpretation, Oceans of Grain shows that amid the great powers’ rivalries, there was no greater power than control of grain.

Scott Reynolds Nelson: Scott Reynolds Nelson is the UGA Athletics Association professor of the humanities at the University of Georgia. He is a Guggenheim fellow and the author of five books, including Steel Drivin’ Man, which received the Merle Curti Social History Award and the National Award for Arts Writing. Nelson lives in Athens, Georgia.