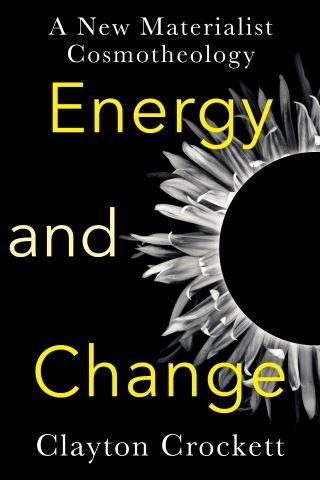 As humanity continues to consume planetary resources at an unsustainable rate, we require not only new and renewable forms of energy but also new ways of understanding energy itself. Clayton Crockett offers an innovative philosophy of energy that cuts across a number of leading-edge disciplines. Drawing from contemporary philosophies of New Materialism, non-Western traditions, and the sciences, he develops a comprehensive vision of energy as a material process spanning physics, biology, politics, ecology, and religion.

Crockett argues that change is foundational to material reality, which is ceaselessly self-organizing. We can observe energy’s effects in the operations of natural selection as well as those at work in human societies. Matter and energy are not an oppositional binary; rather, they are expressions of how change functions in the universe. Ultimately, Crockett argues, we can conceive of God neither as a deity nor as a being but as the principle of change.

Informed by cutting-edge theoretical discourses in thermodynamics, science studies, energy humanities, systems theory, continental philosophy, and radical theology, Energy and Change draws on theorists such as Gilles Deleuze, Catherine Malabou, Slavoj Žižek, Karen Barad, Bruno Latour, and Kojin Karatani as well as ideas about spirituality, society, and nature from Amerindian, Vodou, and Neo-Confucian traditions. A foundational work in New Materialist philosophy of religion, this book offers compelling new insights into the structure of the cosmos and our place in it.

Clayton Crockett: Clayton Crockett is professor and director of religious studies at the University of Central Arkansas. He is the author of Radical Political Theology: Religion and Politics After Liberalism (2011) and Deleuze Beyond Badiou: Ontology, Multiplicity, and Event (2013) and coauthor of An Insurrectionist Manifesto: Four New Gospels for a Radical Politics (2016), all from Columbia University Press. He is also a coeditor of the series Insurrections: Critical Studies in Religion, Politics, and Culture.