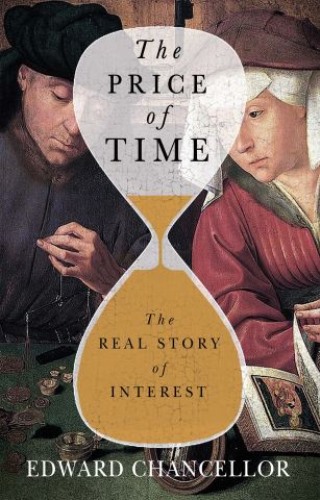 The Price of Time

The Real Story of Interest

A comprehensive and profoundly relevant history of interest from one of the world’s leading financial writers, The Price of Time explains our current global financial position and how we got here

In the beginning was the loan, and the loan carried interest. For at least five millennia people have been borrowing and lending at interest. The practice wasn’t always popular—in the ancient world, usury was generally viewed as exploitative, a potential path to debt bondage and slavery. Yet as capitalism became established from the late Middle Ages onwards, denunciations of interest were tempered because interest was a necessary reward for lenders to part with their capital. And interest performs many other vital functions: it encourages people to save; enables them to place a value on precious assets, such as houses and all manner of financial securities; and allows us to price risk.

All economic and financial activities take place across time. Interest is often described as the “price of money,” but it is better called the “price of time:” time is scarce, time has value, interest is the time value of money.

Over the first two decades of the twenty-first century, interest rates have sunk lower than ever before. Easy money after the global financial crisis in 2007/2008 has produced several ill effects, including the appearance of multiple asset price bubbles, a reduction in productivity growth, discouraging savings and exacerbating inequality, and forcing yield starved investors to take on excessive risk. The financial world now finds itself caught between a rock and a hard place, and Edward Chancellor is here to tell us why. In this enriching volume, Chancellor explores the history of interest and its essential function in determining how capital is allocated and priced.

Edward Chancellor: Edward Chancellor is the author of Devil Take the Hindmost: A History of Financial Speculation, a New York Times Notable Book of the Year and the specialist report Crunch-Time for Credit? (2005), a prescient analysis of the credit boom in the US and UK. Chancellor has also edited two investment books, Capital Account and Capital Returns. An award-winning financial journalist, Chancellor is currently a columnist for Reuters Breakingviews, and has contributed to many other publications, including the Wall Street Journal, MoneyWeek, New York Review of Books, and Financial Times.