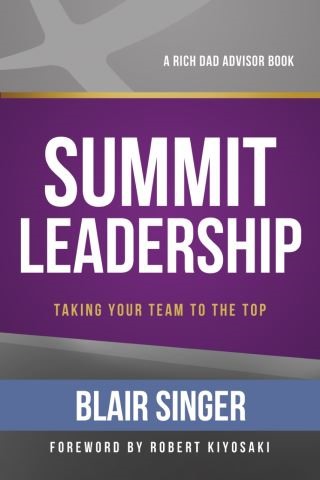 Taking Your Team to the Top

Building or running a business is more than a journey. It’s an adventure. Adventure assumes there is risk in the air. For many business owners, the adventure of building a business is a long one and there are many lessons to be learned over that extended period of time. That takes unwavering commitment, a serious dose of tenacity, and the ability to embrace adventure.

Using the experience of successfully summiting Mt. Kilimanjaro drives years of business building into a 7-day mountain leadership adventure where the pinnacle, as well as the sometimes harsh lessons of the mountain, track exactly with the building of a business. From the moment your spirit is engaged when you commit to the climb until you return home safe and successful, Summit Leadership mirrors the same trail of mission building and ultimate business team victory that entrepreneurs strive for.

The multi-faceted challenge we faced in scaling “Kili” was a microcosm of all that owning and growing a business entails. Those who have experienced the exhilaration and challenges of it have gone on to build amazing businesses and become legendary leaders. With each ascent in altitude with the author, this guidebook explores the critical lessons to lead you and your teams to the summit and beyond.

right and left ear. Additionally, the toughest sale of all is you selling you to you. Third, is

that any great adventure requires a mission-based, value-driven team. Applying these

three principles, Blair has helped change the trajectory of hundreds of thousands of

lives and businesses in over forty countries over the last three decades. From pounding

the hearts and visions of millions today, his life and career has been an adventure.

and unconventional style have supported owners, entrepreneurs and leaders worldwide by helping

them increase sales, build champion level teams and make huge differences in their industries. He has

and hundreds of thousands of small and medium sized businesses. His adventure is the journey of the

average guy rising above mediocrity to help others find greatness.

In the early 2000’s the demand for his teaching was so great that at in less than ten days, he circumnavigated the

planet twice in opposite directions! It became clear that the mission of bringing success to the marketplace had to

change. Instead, the focus and mission became to ‘create the best teachers, leaders and facilitators in the world who

could change the way we learn, particularly in the marketplace. He is the founder of the Blair Singer Training Academy

and Blair Singer’s APEX system which trains and certifies the best change agents in the world. Globally Blair is referred

to as the ‘Master of Masters’ or by those who learn from him… “The Magician.”

Having summited Mt Kilimanjaro ten times, he explains that business and life are also adventures that, with the three lessons

applied, will take anyone to their summit.

In addition to Summit Leadership, Blair is the best-selling author of SalesDogs , Team Code of Honor, and Little Voice Mastery.