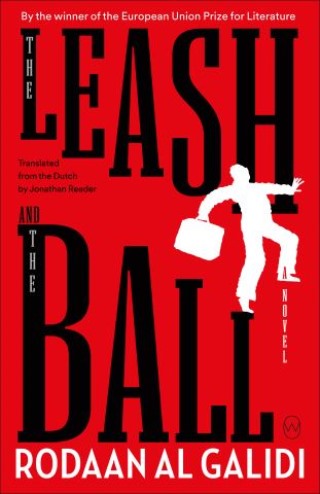 The Leash and the Ball

After nine years in a Dutch asylum center, an Iraqi refugee tries to start a new life as a European citizen and discovers that to make friends in the western world, you need a dog.

After nine years in a Dutch asylum center, Samir finally has the chance to start his new life as a European citizen. But it’s a full-time occupation for him to discover what integration really means. Happily, this distracts him from what is happening in his native land, Iraq, and from Leda, who stole his heart in the first village he stayed in after being granted refugee status. In this hilarious adventure story, we follow the lovable and gritty Samir as he talks his way into every type of accommodation to be found in this new country full of incomprehensible rules and habits. His perspective provides profound, sometimes painful insights about the West, in this timely exploration of the meaning of home, and making oneself at home against all odds.

Rodaan Al Galidi is a poet and writer. Born in Iraq and trained as a civil engineer, he has lived in the Netherlands since 1998. As an undocumented asylum seeker he did not have the right to attend language classes, so he taught himself to read and write Dutch. His novel De autist en de postduif (“The Autist and the Carrier Pigeon”) won the European Union Prize for Literature in 2011—the same year he failed his Dutch citizenship course. The Leash and the Ball is Al Galidi’s latest novel. His previous book, Two Blankets, Three Sheets, is also published by World Editions. Both titles are bestsellers in the Netherlands.

Jonathan Reeder, a native of New York and longtime resident of Amsterdam, enjoys a dual career as a literary translator and performing musician. Alongside his work as a professional bassoonist he translates opera libretti and essays on classical music, as well as contemporary Dutch fiction by authors including Christine Otten, Marjolijn van Heemstra, and A. F. T. van der Heijden. Other notable translations include Rivers and The Pelican by Martin Michael Driessen, The Lonely Funeral by Maarten Inghels and F. Starik, and Rodaan Al Galidi’s previous work, Two Blankets, Three Sheets. Other World Editions titles translated by Reeder are The Last Poets by Christine Otten and Sleepless Summer by Bram Dehouck.