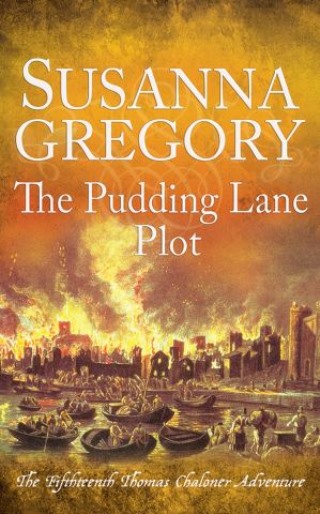 The people and businesses of London are quickly recovering from the ravages of the plague, none faster than the Court of Charles II where excess, corruption and debauchery has rebounded at a frenetic pace. In Westminster, in the haphazard corridors of White Hall Palace, plans are afoot for a grandiose ball in honour of a long-dead but English-born Pope. Meanwhile, the markets and coffee houses in the city are awash with rumours of war and portents of a coming disaster, inflamed by uncensored newssheets and the wagging tongues of dissatisfied citizens.

Mysterious killings at both ends of the capital have been caused by the use of an unusually long, slender blade, and Thomas Chaloner is ordered to investigate. The only common thread is the victims' connection to the Worshipful Company of Poulters, whose members are struggling to keep ahead of London's enormous demand for eggs. But this leads him into a tapestry of conspiracy, outlandish claims of the Second Coming, the reappearance of a number of regicides and ever more brazen killings.

As the date of the great ball looms closer, Chaloner fears that there is a dangerously credible conspiracy against the throne, and he has very little time to prevent history from repeating itself . . .

Susanna Gregory was a police officer in Leeds before taking up an academic career. She has served as an environmental consultant, worked eighteen field seasons in the polar regions, and has taught comparative anatomy and biological anthropology.

She is the creator of the Matthew Bartholomew series of mysteries set in medieval Cambridge and the Thomas Chaloner adventures in Restoration London. She now lives in Wales with her husband, who is also a writer.