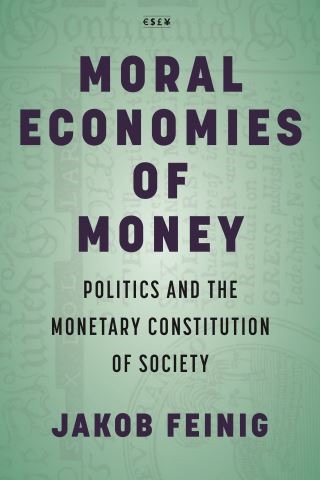 Politics and the Monetary Constitution of Society

For much of American history, large numbers of people claimed that money was a public good and asserted the right to shape money creation practices. If popular knowledge about money creation was once widely shared, how and why did it disappear?

In this astute new work, Jakob Feinig shows how the relation between money users and money-issuing governments changed from British colonial North America to today's United States, discussing how popular movements reshaped money-creating institutions, and how their opponents attempted to silence them. He also reveals how monetary and political history unfolds in the tension between "moral economies of money" and "monetary silencing." Offering an introduction to money creation practices since the colonial era, the book enables readers to understand why most people are disconnected from knowledge about money creation today. At the same time, the book also allows readers to situate the recent prominence of Modern Monetary Theory (MMT) against a broader historical background. Historians of capitalism, economic and political sociologists, social theorists, anthropologists of money, and anyone seeking to understand monetary activism, will find this book helps to clarify present-day possibilities in light of historical processes.