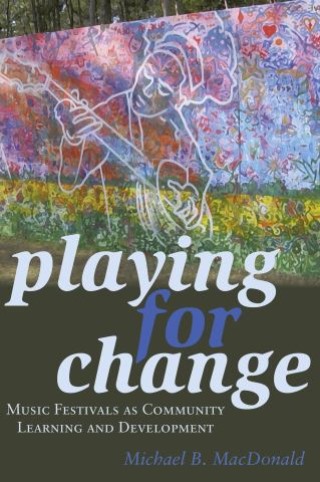 Playing for Change – performing for money and for social justice – introduces a critical pedagogy of arts-based community learning and development (A-CLD), a new discipline wherein artists learn to become educators, social workers, and community economic development agents. Challenging the assumption that acculturation into a ruling ideology of state development is necessary, this book presents a version of CLD that locates development in the production of subjectivities. The author argues that A-CLD is as concerned with the autonomous collective and the individual as it is with establishing community infrastructure. As a result, a radical new theory is proposed to explain aesthetics within arts movements, beginning not by normalizing music cultures within global capitalism, but by identifying the creation of experimental assemblages as locations of cultural resistance. This book offers a new vocabulary of cultural production to provide a critical language for a theory of anti-capitalist subjectivity and for a new type of cultural worker involved with A-CLD. Drawing from a four-year study of thirteen music festivals, Playing for Change forwards A-CLD as a locally situated, joyful, and creative resistance to the globalizing forces of neoliberalism.

Michael B. MacDonald: Michael B. MacDonald (PhD, University of Alberta), is Assistant Professor of Popular Music at MacEwan University in Edmonton, Alberta, Canada. An ethnomusicologist and ethnographic filmmaker, he teaches courses in ethnomusicology and cultural studies. Michael publishes widely on topics in the anthropology of music learning with special attention to critical youth studies and the critical pedagogy of music; his films explore themes of cultural sustainability.