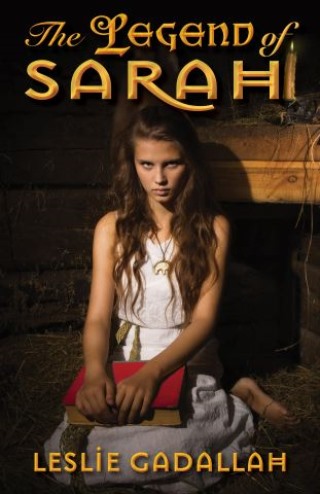 The Legend of Sarah

She could almost see the people gathered around a fire, listening with rapt attention while the storyteller’s rich voice recounted the love tale of Sarah, a legend in her own time...

At fourteen, Sarah is an accomplished pickpocket who knows all the back streets and boltholes of the town of Monn. She steers clear of Brother Parker and his Church of True Faith, knows better than to enter the Inn of The Honest Keeper, and avoids the attentions of Butch, the Miller’s son, as best she can.

The one bright spot in Sarah’s day is listening to the storyteller’s tales of the magically easy lives of the Old People—and if, as darkness falls, one of the wealthier listeners happens to be so intent on the storyteller’s voice that he becomes careless of his own purse, well, so much the better. Inspired by the storyteller’s narratives, Sarah often imagines her own life as the stuff of legend for some future troubadour.

But even such daydreams can’t prepare her for becoming embroiled with a witchy Phile—an agent of the devil, come in search of the Old People’s hidden secrets. How could Sarah have known that picking the wrong pocket would strand her in the middle of a power struggle among Brother Parker, the Governor, and the encroaching Phile spies?

Leslie Gadallah: Leslie Gadallah grew up in Alberta and is currently living in Lethbridge with her geriatric black cat, Spook. Educated as a chemist, she has worked in analytical, agricultural, biological, and clinical chemistry. She has written popular science for newspapers and radio, has served as a technical editor, and is the author of four SF novels and a number of short stories.