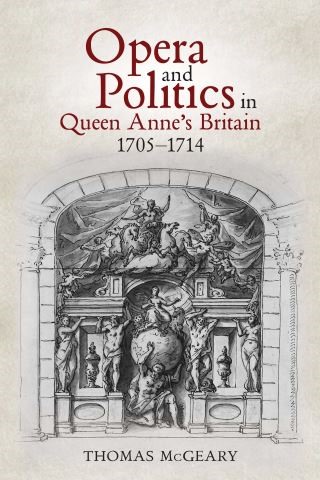 The reign of Queen Anne (1702-1714) was pivotal for both politics and opera in Britain. In this study, Thomas McGeary brings together a wide range of sources to show how the worlds of politics and opera were entwined. The associations that Italian singing and singers acquired by the 1690s were used in partisan Whig-Tory writings. Rather than a foreign invasion, McGeary shows how the introduction of Italian-style opera was a native product that grew out of plans for a new theatre in the Haymarket. A crucial event for opera was Handel's arrival in London in 1710.


While the criticism of opera by Whig writers such as Richard Steele and Joseph Addison is well known, McGeary uncovers how the early promotion and sponsorship of opera was, in fact, largely a Whig enterprise and cultural program. Indeed, major political figures (mostly Whigs) participated in the support and patronage of opera.


Opera and Politics in Queen Anne's Britain will be required reading for opera scholars and cultural and political historians of eighteenth-century Britain, as well those interested in the vibrant literature culture of the period.

Thomas McGeary: THOMAS MCGEARY holds a PhD in musicology from the University of Illinois. He is the author of The Politics of Opera in Handel's Britain, 1720-1742 (CUP, 2013).