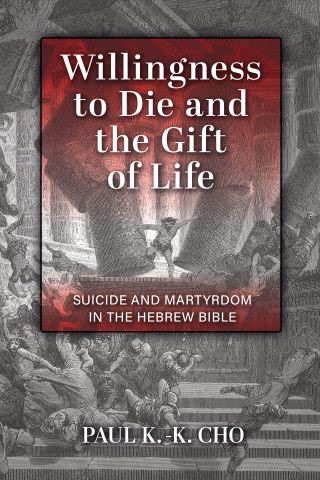 Willingness to Die and the Gift of Life

Suicide and Martyrdom in the Hebrew Bible

One particularly challenging aspect of the Hebrew Bible is its treatment of various forms of voluntary death: suicide, suicide attack, martyrdom, and self-sacrifice. How can people of faith make sense of the ways biblical literature at times valorizes these sensitive and painful topics?

Willingness to Die and the Gift of Life surveys a diverse selection of Hebrew Bible narratives that feature characters who express a willingness to die, including Moses, Judah, Samson, Esther, Job, Daniel, and the “suffering servant” of Isaiah 53. The challenging truth uncovered is that the Hebrew Bible, while taking seriously the darker aspects of voluntary death, nevertheless time and again valorizes the willingness to die—particularly when it is for the sake of the group or in faithful commitment to God. Many biblical authors go so far as to suggest that death willingly embraced can unlock immense power: endowing the willing with the charism necessary to lead, opening the possibility of salvation, and even paving the way for resurrection into a new, more glorious life.

Paul K.-K. Cho’s unflinching analysis raises and wrestles with provocative questions about religious extremism, violent terrorism, and suicidal ideation —all of which carry significant implications for the biblically grounded life of faith today. Cho carefully situates the surveyed texts in their original cultural context, discussing relevant topics such the shame and honor culture of ancient Israel and the importance attached to the group over the individual. Closing with an epilogue that reflects on the surprising issue of whether biblical authors considered God to be capable of dying or being willing to die, Cho’s fascinating study showcases the multifaceted relationship between death and life in the Hebrew Bible.

Paul K.-K. Cho:
Paul K.-K. Cho is associate professor of Hebrew Bible at Wesley Theological Seminary. He is also the author of Myth, History, and Metaphor in the Hebrew Bible. For Willingness to Die and the Gift of Life, Cho was awarded the Louisville Institute's first Book Grant for Scholars of Color.