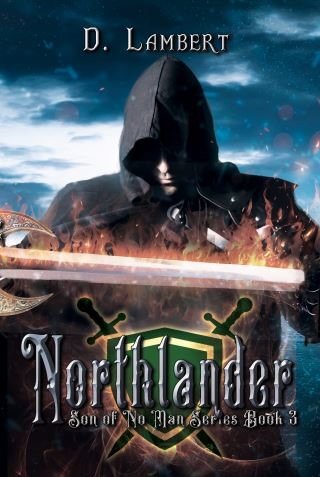 The truth will destroy it all
Pinned in HillTop, winter eats away at Tohmas Galanth's forces. Tohmas' wizard is outmatched and in hiding. His warriors are tired and losing faith. The longer they wait, the closer the truth comes to unseating Tohmas' position as Prince of Galanth. His chances at victory are dwindling and the more Tohmas learns about his powerful enemy DoomDragon, the more his confidence wanes.
As Tohmas battles on, his family’s crimes come to light. The Galanth have guarded their secrets for a generation, but now the blood of the fallen washes away their deceptions. Lies have always come easier for Tohmas, yet to protect the obscurity of his past, he must set right the blood feud he inherited. In a war where no one can be trusted, can anyone emerge victorious?
Dragons, wizards, and magical forces collide in this complex world of swords, sorcery, and ancient revenge.

D. Lambert: At a young age, Deborah's rampant imagination kept her up, lending great detail to all the terrible things lurking in the night. In desperation one night, her mother suggested she invent her own stories to distract her brain. She has been doing that since, channelling her ideas into mainly sword and sorcery-style fantasy novels and shorts. In her other life, Deborah is a veterinarian. She lives in Sooke, BC, Canada, with her husband of 10+ years, their son, and three demanding felines.