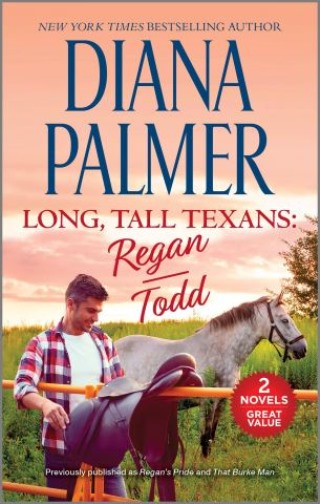 At twenty, Coreen Tarleton had fallen hard for sexy millionaire cowboy Ted Regan. But his rejection had sent her running into the arms of another man, a decision she’d always regretted and an action Ted could never forgive. But now Ted had a second chance with the widowed Coreen. And though she was far from the naive girl she’d been, her heart still belonged to Ted.

Once-burned Todd Burke had no intention of getting hitched to anyone. Having one temperamental female under his roof was enough. Still, his rodeo-riding daughter was big on Jane Parker—and secretly, Todd was, too. But no way was this hot-tempered, hot-blooded Wyoming man giving in to the equally hot-tempered, hot-blooded cowgirl from Jacobsville, Texas. Until one night changed everything…