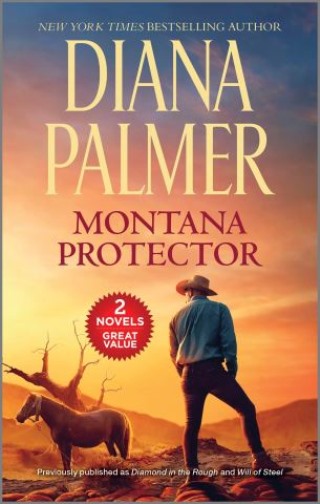 Diamond in the Rough

Sassy Peale is desperate to help her family, but her salary doesn't stretch far. Then she meets ranch hand John Callister. But John is really a millionaire from one of Montana's most powerful families! And when Sassy finds out who he really is, John has to convince Sassy that he's the man she first thought he was—a rugged and honest-to-God cowboy.

Police chief Theodore Graves of Medicine Ridge, Montana, wants to keep his uncle's ranch in the family instead of having it sold to developers. But the ranch was co-owned by Jillian Sanders's uncle, and with no family left, it’s the only home she has. Even as the sparks fly between them, Ted finds himself caring for Jillian. Can the man with a will of steel finally learn what it means to bend?

Previously published as Diamond in the Rough and Will of Steel