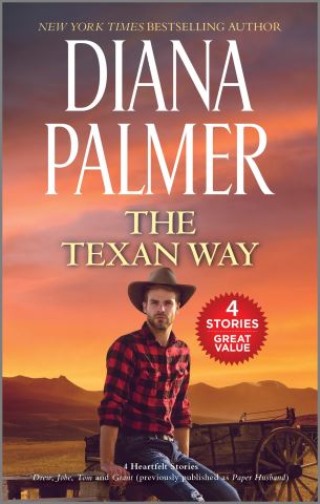 Dr. Drew Morris has kept to himself ever since his beloved wife passed away. But his beautiful assistant, Kitty Carson, stirs up feelings in him that he had long believed gone. Can Drew heal his heart and find a second chance at love?

No one expects heartbreaker cowboy Jobe Dodd to settle down and take a wife. Sandy Regan, his longtime rival, takes that as a challenge. She is determined to make the rugged Texan her own, now and forever!

Tom Walker has never believed in true love, but Elysia Craig is slowly but surely melting his tough exterior. Can Tom change from a rough-and-tumble bachelor to the forever husband Elysia deserves?

Rancher’s daughter Dana Mobry has to marry a long, tall Texan or lose her cherished home. And Dana’s just discovered that her partner in this marriage of convenience is none other than the sexiest cowboy in Texas, Hank Grant!