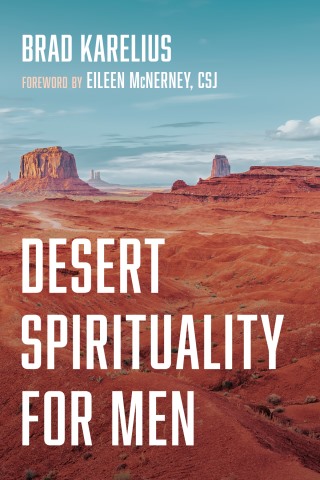 Inspired by Richard Rohr, Ronald Rolheiser, Belden Lane, and Thomas Merton, Desert Spirituality for Men reveals the transformative and healing power of the desert--for men who actively seek God. Blending a memoir of his son's fight for life, reflections on his own desert retreats and response to the Lord's persistent desire for relationship, Brad Karelius offers guidance to men in their holy longing for God. An Episcopal priest for fifty years, Professor of Philosophy for forty-five years, husband, and father, Karelius also tells about the power of his friendship with six remarkable men, and he describes some of their well-founded prayer practices which will sustain and nurture any man in his quest. This book will encourage men of all callings and stages in life to plan their own retreats to the desert--where God lives and gives life.

Brad Karelius: Brad Karelius is associate professor of philosophy at Saddleback College in Mission Viejo, California, and an Episcopal priest in the Diocese of Los Angeles. He is author of The Spirit in the Desert: Pilgrimages to Sacred Sites in the Owens Valley (2009), Encounters with the World’s Religions: The Numinous on Highway 395 (2015), and Desert Spirit Places: The Sacred Southwest (2018).