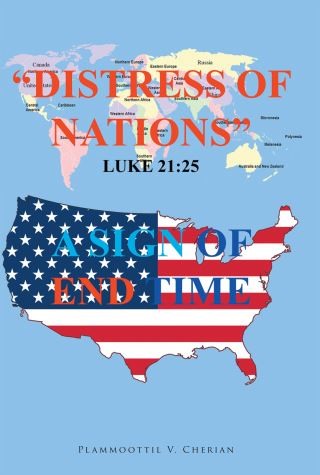 Drawing from the rich background of both science and theology, and analyzing world events daily, the author concludes that the world is in an era of moral crisis for the sole reason of rejecting God. Analyzing the world events, the author relates that the rider on the white horse, the Antichrist (Rev. 6:1–3) is on the loose; and the beginning of the appearance of the first beast (Rev. 13:1–4) and the second beast (Rev. 13:11–15, 16:13) is happening, as governments around the world are becoming ungodly, even in nations that are founded on Judeo-Christian doctrines. We cannot literally explain the remaining biblical prophecies as they are meant for a distant future. They were prophesied centuries to millennia before, pointing to a distant future, which is now as the world events reveal.

Why do the nations reject God and the political leaders act without a moral conscience as we see every day in our nation and around the world? Are we relating the distress of the nations with the mounting cosmological evidence that indicates the end of the universe? Are so many Christians so ignorant that they do not discern the times and events that tell the end is near?

Wielding supreme command of biblical theology and history, world history, various branches of science, popular culture, and the politics of America for the last fifty years, and with rare skills with a pen, author Dr. Plammoottil Cherian explores the current state of the world in chaos and explains that many in the world are under a strong delusion as prophesied in 2 Thess. 2:3–10.

This is a thoughtful book that explains the terribly wrong trajectory of present American politics that reveals the following:

The distress of the nations has caused a new world order of moral crisis.

The moral compass of many political leaders is undergoing decay because they have taken God out of the nations and Christ from our churches and they are employing politics without moral principles.

The Christian faith is facing danger due to the rise of false prophets who propagate bigotry and racism, under the veil of White supremacy supported by Christians who ignore the true gospel.

Under the strong delusion, conscience is vanishing from the world.

Our sacred democracy is in peril because of the hypocrisy of godless politicians. Because of Godlessness, there is a dark cloud hanging over the nations.

The pandemic of COVID-19 is savaging the nations. It is an end-time pestilence, and the world is in the valley of tears. From his superb theological understanding, Dr. Cherian relates biblical prophecies that are being fulfilled at the present time.

The siege of the United States Capitol on January 6, 2021, is a true example on earth of the “distress of the nations”; and the author calls America to strengthen our moral fiber and lead the nations, as a watchman of the times.

As a scientist and theologian, Dr. Cherian analyzes the present world culture and events and reveals the biblical prophecies that we are at the threshold of the cosmological events to take place at the final days of the universe.