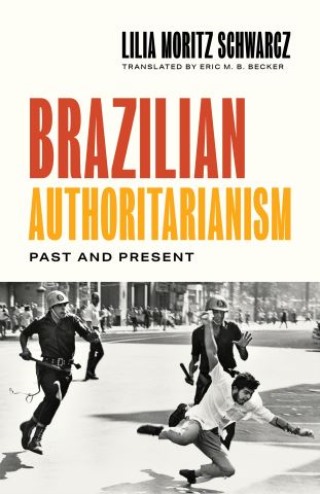 Brazil has long nurtured a cherished national myth, one of a tolerant, peaceful, and racially harmonious society. A closer look at the nation's heritage, however, reveals a far more troubling story. In Brazilian Authoritarianism, esteemed anthropologist and historian Lilia Schwarcz presents a provocative and panoramic overview of Brazilian culture and history to demonstrate how the nation has always been staunchly authoritarian. It has papered over centuries of racially motivated cruelty and exploitation—sources of the structural oppression experienced today by its Black and Indigenous population. Linking the country’s violent past to its dire present, Schwarcz shows why the social democratic left was defeated and how Jair Bolsonaro ascended to the presidency.

Schwarcz travels through five hundred years of colonial history to consider Brazil’s allegiance to slavery, which made it the last country to abolish the system. She delves into eight elements that pervade Brazil’s problematic culture: racism, bossism, patrimonialism, corruption, inequality, violence, gender issues, and intolerance. But Schwarcz also argues that Brazil’s future is not absolutely hopeless. History is not destiny, and even as the nation experiences its worst crises ever—social, political, moral, and environmental—it has the potential to overcome them.

A stark, revealing investigation into Brazil’s difficult roots, Brazilian Authoritarianism shines a light on how the country might imagine a more hopeful path forward.

Lilia Moritz Schwarcz: Lilia Moritz Schwarcz is professor of anthropology at the University of São Paulo and visiting professor in the Department of Spanish and Portuguese at Princeton University. Her books include The Spectacle of Races (Hill and Wang) and Brazil: A Biography (Picador). Twitter @LiliaSchwarcz Instagram @liliaschwarcz Eric M. B. Becker, a prolific translator from Portuguese, has been a finalist for the PEN Translation Prize. He is digital director and senior editor at the international literary journal Words Without Borders.