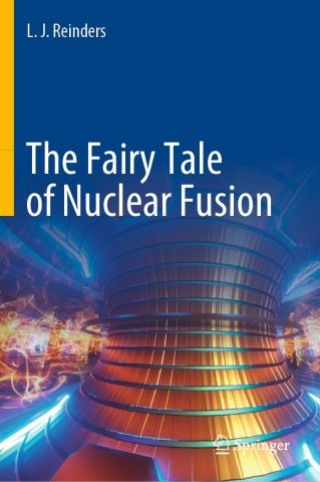 The Fairy Tale of Nuclear Fusion

This carefully researched book presents facts and arguments showing, beyond a doubt, that nuclear fusion power will not be technically feasible in time to satisfy the world's urgent need for climate-neutral energy.

The author describes the 70-year history of nuclear fusion; the vain attempts to construct an energy-generating nuclear fusion power reactor, and shows that even in the most optimistic scenario nuclear fusion, in spite of the claims of its proponents, will not be able to make a sizable contribution to the energy mix in this century, whatever the outcome of ITER. This implies that fusion power will not be a factor in combating climate change, and that the race to save the climate with carbon-free energy will have been won or lost long before the first nuclear fusion power station comes on line.

Aimed at the general public as well as those whose decisions directly affect energy policy, this book will be a valuable resource for informing future debates.

L. J. Reinders has had an active career in high-energy physics, earning a PhD from Utrecht University in 1976 and working as a post-doc at various research centres in Europe and Japan until 1988, when he switched to law and legal translation.