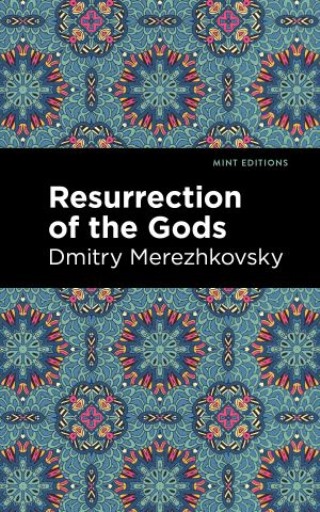 Resurrection of the Gods

Resurrection of the Gods (1900) is a novel by Dmitriy Merezhkovsky. Having turned from his work in poetry to a new, spiritually charged interest in fiction, Merezhkovsky sought to develop his theory of the Third Testament, an apocalyptic vision of Christianity’s fulfillment in twentieth century humanity. Resurrection of the Gods, the second work in the trilogy, is preceded by The Death of the Gods (1895) and followed by Peter and Alexis (1904). Well received internationally, The Christ and Antichrist Trilogy was largely ignored by Russian critics at the time of its publication, but has since been recognized as his most original and vital literary work. “This personage was already inspecting the Venus, with a cold, imperturbable composure, so different from Giovanni's personal agitation, that the lad could not but be struck with astonishment. He continued to gaze at the statue, but his consciousness now was entirely for the man by his side.” In Resurrection of the Gods, Merezhkovsky moves his groundbreaking vision of spiritual progress and the historical development of humanity to the world of the Italian Renaissance. The novel captures a pivotal moment in the life of Leonardo da Vinci: invited as an expert to appraise a recently rediscovered statue of Venus, the artist embarks down a path of self-discovery whereby the humanist ideals of the ancient world will reinvigorate his faith in art. With a beautifully designed cover and professionally typeset manuscript, this edition of Dmitriy Merezhkovsky’s Resurrection of the Gods is a classic of Russian literature reimagined for modern readers.