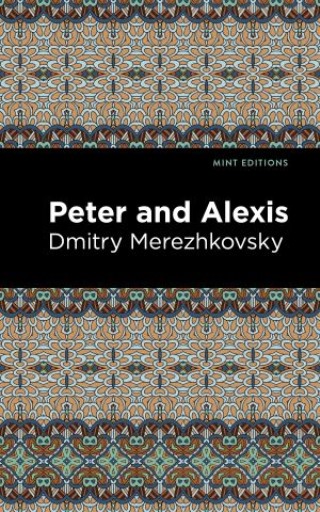 Peter and Alexis (1904) is a novel by Dmitriy Merezhkovsky. Having turned from his work in poetry to a new, spiritually charged interest in fiction, Merezhkovsky sought to develop his theory of the Third Testament, an apocalyptic vision of Christianity’s fulfillment in twentieth century humanity. Peter and Alexis, the final work in the trilogy, is preceded by The Death of the Gods (1895) and Resurrection of the Gods (1900). Well received internationally, The Christ and Antichrist Trilogy was largely ignored by Russian critics at the time of its publication, but has since been recognized as his most original and vital literary work. “‘Antichrist is coming. He, the last of devils, has not yet come himself; but the world is teeming with his progeny. The children are preparing the way for their father. They twist everything to suit the designs of Antichrist. He will appear in his own due time, when everywhere all is prepared and the way smoothed. He is already at the door. Soon will he enter!’” In Peter and Alexis, Merezhkovsky moves his groundbreaking vision of spiritual progress and the historical development of humanity to the world of the Russian Empire. The novel portrays Peter the Great’s conflict with his son, the Tsarevich Alexei, as the inevitable confrontation between Antichrist and Christ for the soul of humanity. Rejecting the historical view of Peter as a powerful and honorable leader, Merezhkovsky suggests that he was a tyrant whose desire for progress and control came at the cost of countless lives. With a beautifully designed cover and professionally typeset manuscript, this edition of Dmitriy Merezhkovsky’s Peter and Alexis is a classic of Russian literature reimagined for modern readers.