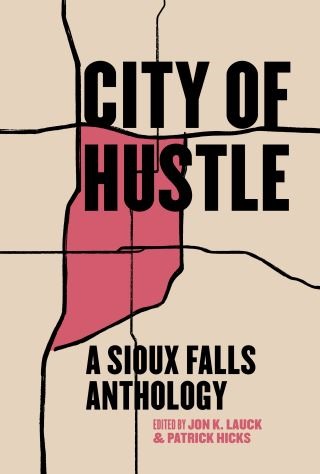 A part of Belt’s City Anthology Series, a unique take on the South Dakota town residents call “the Best Little City in America.”

In 1992, Money magazine named Sioux Falls, South Dakota, the best place to live in America. This rich anthology offers an inside look at the city through the eyes of both longtime residents and recent transplants. In over forty-five essays, you’ll hear stories about the city’s past, including the region’s legacy of violence against Native Americans and Sioux Falls’s status as a “divorce destination” in the late 1800s. But you’ll also discover the ways the city’s savvy planning and entrepreneurial gumption have helped it navigate twenty-first-century challenges.

Edited by Patrick Hicks and Jon K. Lauck, City of Hustle: A Sioux Falls Anthology gives an insider’s perspective on what’s really going on in so-called “flyover country,” and it shows why that name misses so much of the true richness that makes up life there every day.