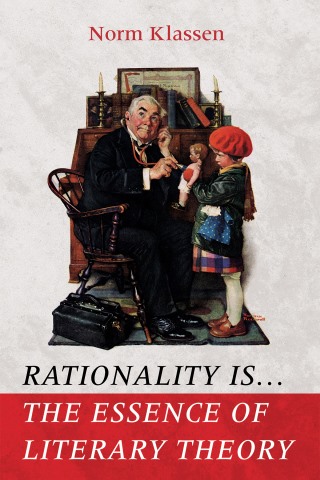 Rationality Is . . . The Essence of Literary Theory

A culturally influential sub-discipline within literary studies, literary theory has developed in parallel form in other arts and social science disciplines, so that one might refer to "cultural theory" or "social theory" as well, or even just to "theory." It's as familiar as the word "postmodern" and as tricky as "deconstruction." What is it about? What is at stake? Theory is about rationality. This book's title invites two different interpretations of what it might mean to say so. For many, the essence of literary theory is the unmasking and redescription of rationality in other terms. Put ironically, rationality is male; rationality is white; rationality is repression.... The book's title, however, can also be read in a second way. On this reading, rationality itself is the essence of literary theory and central to literature, art, and society. Certain conceptions of what it entails can be problematic; the critique in the first way of reading the title remains relevant. Yet one can affirm rationality as integral to human flourishing, including the processes of producing, analyzing, and enjoying literature, art, and culture. This book provides readers with a clear overview of theory's development and the abiding presence of its concern with the status of rationality across its forms.

Norm Klassen: Norm Klassen is Associate Professor of English Literature at St Jerome's University in Waterloo, Canada. He is the author of Chaucer on Love, Knowledge, and Sight (1995) and coauthor of The Passionate Intellect: Incarnational Humanism and the Future of University Education (2006). He recently won an award from the Association of Catholic Publishers for excellence in theology (3rd place)