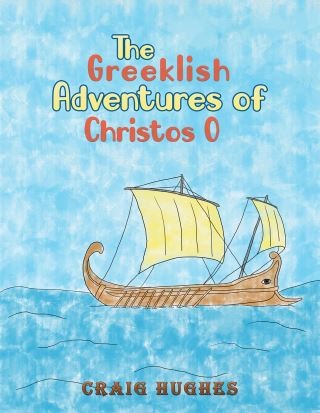 The Greeklish Adventures of Christos O

The Greeklish Adventures of Christos O will take you on a bilingual odyssey from morning till night. Practice saying twelve Greek words that will start your little ones on their exciting journey of learning two languages.

Craig Hughes: Craig Hughes is a passionate creative with an extensive portfolio of work ranging from pencil sketches, artwork on canvases to interior designs.
More appropriately a range of written pieces kept to himself due to world renowned authors having published sequels (Michael Critchon’s Jurassic Park Lost World) before him. He has penned unfinished television scripts for the X Files, again their writers ‘beat him to the plate’.
In recent years he has become a father to a son in a multilingual family, his wife is Greek and thus wants to create a series of books learning and exploring two languages for the youngest of children, whilst teaching parents can learn too.