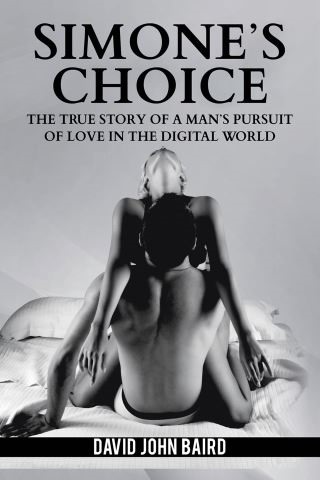 Imagine you are in a bar celebrating your birthday and your freedom as a newly divorced man when your eyes meet those of a stunning blue eyed blonde. The connection is instant and electric. Finally, after such a long and desperately hard road, could true love be within your reach?
This is deeply personal and moving true story written by author David John Baird about Michael, a 51-year-old professional, and the torrid and steamy romance that nearly destroyed him and his belief in finding the “one”.
In this semi-biographical romance thriller, Michael meets Simone, a bubbly Italian on the eve of her return to Singapore. They exchange numbers and embark on a cyber romance of Skype dates and instant messaging. He is over the moon when she announces she has a job in Sydney and is moving to be by his side. Their romance is passionate and raw, honest, and deeply authentic. The story, in Michael’s words, is an insightful account of his thoughts during their flourishing romance.
However, the constant interruption by Simone’s ex-boyfriend Marco arouses his suspicions and what happens next, no one could anticipate.