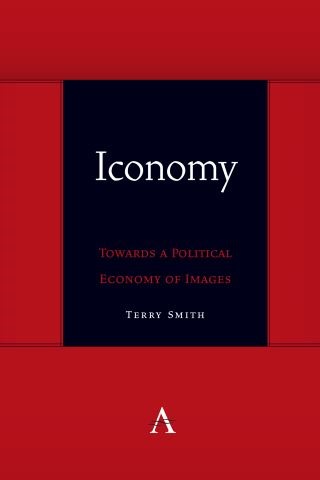 Iconomy: Towards a Political Economy of Images

Iconomy: Towards a Political Economy of Images argues that imagery of all kinds has become a definitive force in the shaping of contemporary life. While immersed in public politics and private imaginaries, such imagery also operates according to its own logic, potentialities, and limitations. It questions whether an image economy, an iconomy, in these two senses can be identified. From Plato, through medieval iconoclasm, Marx, Benjamin, and Debord to recent critical theory, the question becomes more urgent. This book explores viral imagery—the iconopolitics—of the pandemic, U.S. Presidents Trump and Biden, Black Lives Matter, as well as the rise of a “black aesthetic” in white artworlds. Having arrived at the term “iconomy” in the years just prior to 9/11, and tracking its growing relevance since then, Smith argues that its study does not require a discipline serving nation state and globalizing capitalism but, instead, a deconstructive interdiscipline that contributes to the politics of planetary world-making.

Terry Smith is Andrew W. Mellon Professor of Contemporary Art History and Theory in the Department of the History of Art and Architecture at the University of Pittsburgh, Professor in the Division of Philosophy, Art, and Critical Thought at the European Graduate School, and Lecturer at Large in the Curatorial Program of the School of Visual Arts, New York.