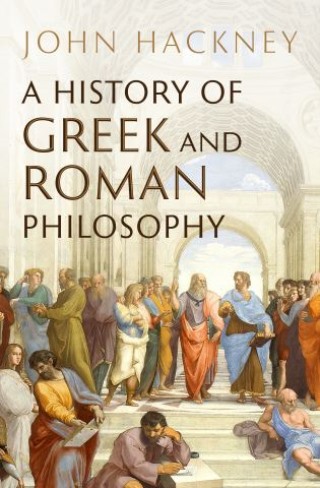 A History of Greek and Roman Philosophy

An accessible overview of how the principles of thought which dominate our civilization came to be, from philosophy’s Ionian beginnings to Neo-Platonism.

The history of philosophy reveals what was said at the beginning. From the start, man wanted to know, “why?” On the shores of Asia Minor, men like Heraclitus or Parmenides found a wealth of mental material which language at the time could not convey. This thought developed into the mighty teachings of Plato and Aristotle, and furthered its advance under the Stoics. Then the noble character of Plotinus dominated the scene and this developed into Neo-Platonism, where Greek philosophy struggled to unify itself.

Thales, Heraclitus, Socrates, Plato, and Aristotle . . . To see each thinker in his true perspective, it is necessary to study the philosophical background against which he worked. The progress of philosophy is nonlinear and difficult to trace. A History of Greek and Roman Philosophy seeks to reveal the interdependence of one school of thought upon another, and in their own particular historical settings. Then, to be able to recognize a philosopher’s point of departure from the material upon which he had been educated.

The purpose of this book is to widen and inform the scope of the general reader, to offer a greater understanding of the effort humanity made to grasp the Truth. In an educational environment that introduces students to great soldiers, sailors, statesmen, and politicians, space must be made for learning about history’s greatest thinkers.