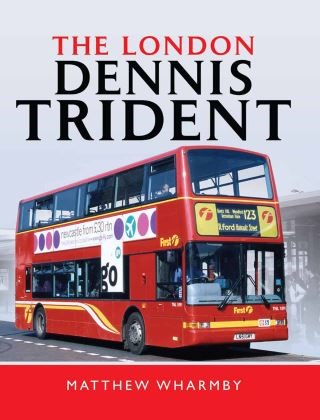 Propelled towards the end of the 1990s by accessibility imperative requiring low floor buses both in London and the rest of Britain, Dennis developed a tri axle Trident double decker for Hong Kong and then adapted the design as a two axle version for Britain. Orders came thick and fast between 1999, when the first Tridents for London entered service with Stagecoach and 2006, when the Enviro 400, a combination of its unified body builders, replaced it. In those years over two thousand of the type appeared in London, ordered by Stagecoach, First London, United, Metroline, Metrobus, London General, Blue Triangle, Connex, Armchair, and Hackney Community Transport. The body work was by Alexander ALX400, Plaxton, (Precedent) and East Lancs, to two available lengths, while badging itself progressed although Trans Bus, until this troubled organisation was suspended in 2004 by todays Alexander Dennis. Versatile and personable, the Trident in all its forms lasted two decades in London, the last examples being withdrawn from service in 2020.