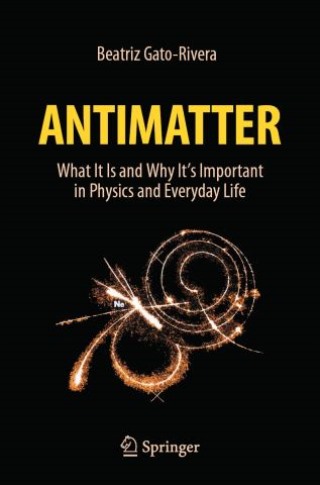 Antimatter is one of the most fascinating aspects of Particle Physics, and matter-antimatter annihilation the most energetic process in the universe. If they existed, everyday objects made of antimatter would look exactly like those made of ordinary matter, as would antimatter stars. We live surrounded by antimatter, since showers of matter and antimatter particles fall incessantly on the Earth's surface, some of them penetrating our buildings. Furthermore, many things around us - bananas, for example - actually emit antielectrons.

This book first introduces the essentials of particle physics and the nature of particles and antiparticles. It describes the discovery of antimatter particles and explains how they are produced, where they are found, and how antistars could be spotted; it also introduces cosmic rays, particle accelerators, dark matter, dark energy and nuclear reactions in stars. The enigma of the matter-antimatter asymmetry in the Universe is discussed as are the very real applications of antimatter in hospitals, in industry and in cutting-edge research and technology, Non-specialist readers will find here a wealth of fascinating and accessible information to deepen their appreciation of antimatter.​

Beatriz Gato Rivera, also known as B. Gato, is a Staff Scientist at the ‘Instituto de Física Fundamental’ (IFF, Madrid, Spain) of the CSIC (Spanish National Research Council). After finishing her Ph.D. on the topic of Supergravity, she spent three years at the Massachusetts Institute of Technology (MIT, Cambridge, USA) and another three years at CERN (Switzerland), working on String Theory. She has been the Principal Investigator of four research projects. In addition, at the IFF she was the head of the department of ‘Particle Physics and Cosmology’ for four years, and coordinator of the ‘Mathematical Physics’ group from 2008 until 2019. Her scientific interests are centered on Mathematical Physics, Particle Physics, Gravitation, and Foundations of Quantum Mechanics. In the last ten years she has also been involved in outreach activities, especially public talks, and in 2018 she published the book Antimateria in CSIC's collection ‘¿Que sabemos de?’. This was the basis for the much extended and updated English version now available as the present volume “Antimatter”.