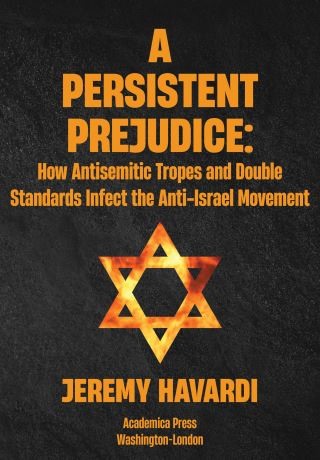 Anti-Semitic Tropes and Double Standards in the Anti-Israel Movement

Antisemitism in the twenty-first century remains a major threat to Jewish communities around the world, and a potent challenge to the liberal international order. But it can so often be a more hidden form of racism, relying on codes, images, cues, and ciphers embedded in the cultural mythology of prejudice against Jews. It is about the invocation of the blood libel, attacks on so-called “cosmopolitans,” accusations of “dual loyalty,” the conspiratorial notions of a malign “Jewish lobby.” It is also a highly protean prejudice, ever adaptable to a multitude of changes in political and social circumstances, always ready to mutate and shape-shift to fit a new environment. That is why it has so easily become a feature of the modern anti-Israel movement. This short volume will explore how anti-Israelism has reproduced many of the canards, tropes, and ciphers of historic Jew-hatred and regurgitated them as attacks on Zionism and Israel. The adverse treatment of Jews within Gentile societies has also been replicated in an endless array of double standards against Israel in the international community. Today, the “Jewish question” has been replaced by the “Israel question,” with a similarly obsessive and ritualistic form of demonization and delegitimization. Anyone concerned about the future of liberal democracy should take note.

Jeremy Havardi is a historian and journalist based in London. He was educated at Haberdashers Aske’s School before studying at Bristol University and King’s College, London. He holds degrees in philosophy, history, and law. He has written four books, Falling to Pieces, a philosophical study of self-deception; The Greatest Briton, a set of essays on the life and political philosophy of Winston Churchill; Projecting Britain at War, an analytical study of British films about the Second World War; and Refuting the Anti-Israel Narrative, a detailed and comprehensive critique of the charges made against Israel today. His articles have been published widely, appearing in The Guardian, The Spectator, The Australian Jewish News, The Commentator, The Times of Israel, and The Gatestone Institute. He is also a regular columnist for the London based Jewish News. He is a fellow of the Royal Society of Arts.