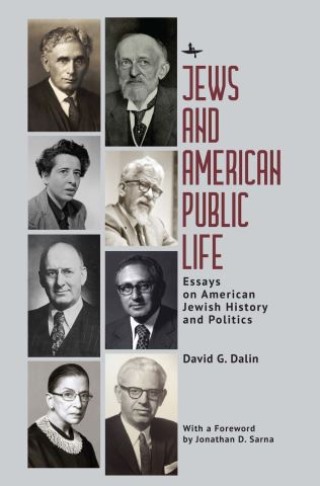 Over a career spanning forty years, David G. Dalin has written extensively about the role of American Jews in public life, from the nation’s founding, to presidential appointments of Jews, to lobbying for the welfare of Jews abroad, to Jewish prominence in government, philanthropy, intellectual life, and sports, and their one-time prominence in the Republican Party. His work on the separation of Church and State and a prescient 1980 essay about the limits of free speech and the goal of Neo-Nazis to stage a march in Skokie, Illinois, are especially noteworthy. Here for the first time are a collection of sixteen of his essays which portray American Jews who have left their mark on American public life and politics.

David G. Dalin: David G. Dalin, a historian and rabbi, is Senior Research Fellow at Brandeis University. He is the author, co-author, or editor of twelve books, most recently "Jewish Justices of the Supreme Court", which was selected as a finalist for the 2017 National Jewish Book Award.