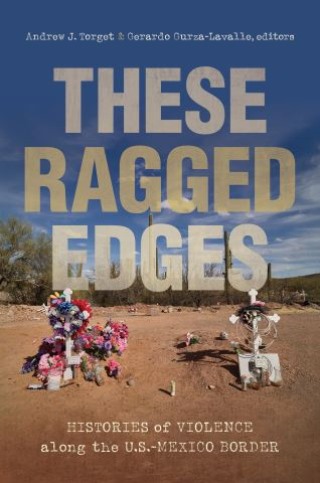 Histories of Violence along the U.S.-Mexico Border

The U.S.-Mexico border has earned an enduring reputation as a site of violence. During the past twenty years in particular, the drug wars—fueled by the international movement of narcotics and vast sums of money—have burned an abiding image of the border as a place of endemic danger into the consciousness of both countries. By the media, popular culture, and politicians, mayhem and brutality are often portrayed as the unavoidable birthright of this transnational space. Through multiple perspectives from both sides of the border, the collected essays in These Ragged Edges directly challenge that idea, arguing that rapidly changing conditions along the U.S.-Mexico border through the nineteenth, twentieth, and twenty-first centuries have powerfully shaped the ebb and flow of conflict within the region.  By diving deeply into diverse types of violence, contributors dissect the roots and consequences of border violence across numerous eras, offering a transnational analysis of how and why violence has affected the lives of so many inhabitants on both sides of the border.