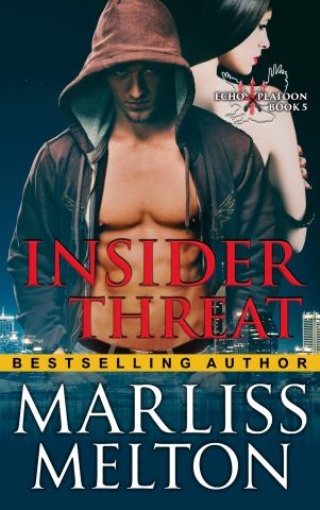 Navy SEAL Chuck Suzuki has lived a lie for years; now it’s time for redemption. But choosing Team and Country over ties of loyalty going back decades proves more dangerous than his work as a SEAL. Of all the times for Chuck to meet the woman of his dreams—this has got to be the worst.

Katy Tang isn’t who she seems. She’s really FBI Special Agent Kelly Yang, on her first undercover assignment to befriend a suspected traitor. Stunned by her attraction to the Navy SEAL spy, she knows she’s about to be tested in ways she never imagined.

Marliss Melton: The author of over fifteen counterterrorist/romantic suspense stories, Marliss Melton relies on her experience as a former military spouse and on her many contacts in the Spec Ops and Intelligence communities to pen realistic and heartfelt stories about America's elite warriors and fearless agency heroes. www.MarlissMelton.com