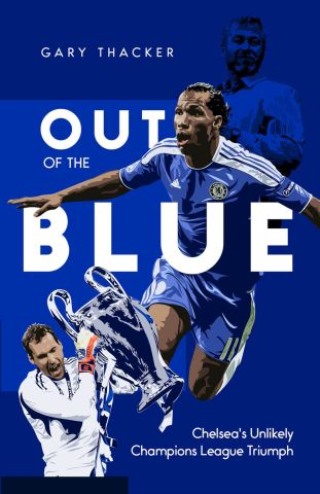 Out of the Blue

By the early months of 2012, it was clear that the appointment of Andre Villas-Boas as head coach at Chelsea wasn't delivering the required success. Instead, the club was spiralling towards its worst season of the Roman Abramovich era. On 4 March, Villas-Boas was dismissed, with his former assistant Roberto Di Matteo made interim head coach until the end of the season. Struggling in the league and with their place in the Champions League in peril, it was an appointment designed to make the best of things until a permanent replacement could be sought in the summer. Instead, under Di Matteo's guidance, Chelsea embarked on a run of performances that not only led to an FA Cup triumph, but resurrected their European hopes with improbable victories over Napoli, Benfica and Guardiola's all-conquering Barcelona before, against all odds, winning the Champions League by defeating Bayern Munich in their own stadium. This is the story of a triumph that came out of the blue.