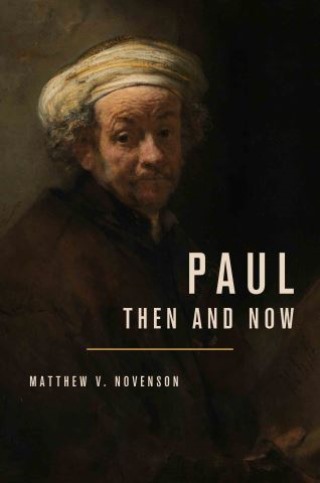 Paul, Then and Now

Reckoning with the hermeneutical struggle to make sense of Paul as both a historical figure and a canonical muse.

Matthew Novenson has become a leading advocate for the continuing relevance of historical-critical readings of Paul even as some New Testament scholars have turned to purely theological or political approaches. In this collection of a decade’s worth of essays, Novenson puts contextual understandings of Paul’s letters into conversation with their Christian reception history. After a new, programmatic introductory essay that frames the other eleven essays, Novenson explores topics including:

Engaging with numerous schools of thought in Pauline studies—Augustinian, Lutheran, New Perspective, apocalyptic, Paul-within-Judaism, religious studies, and more—while also rising above partisan disputes between schools, Novenson illuminates the ancient Mediterranean context of Paul’s letters, their complicated afterlives in the history of interpretation, and the hermeneutical struggle to make sense of it all.

Matthew V. Novenson:
Matthew V. Novenson is senior lecturer in New Testament and Christian origins at the University of Edinburgh, where he is also director of the Centre for the Study of Christian Origins. He is the author of Christ among the Messiahs: Christ Language in Paul and Messiah Language in Ancient Judaism and The Grammar of Messianism: An Ancient Jewish Political Idiom and Its Users and editor of Monotheism and Christology in Greco-Roman Antiquity.