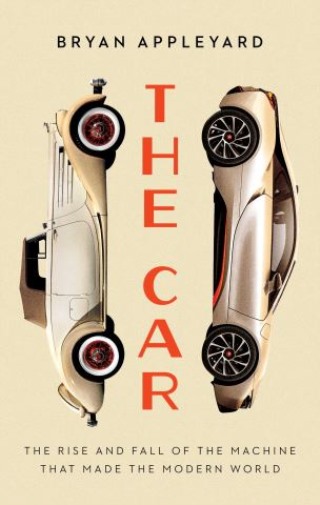 A spirited, insightful exploration of our favorite machine and it's cultural impact on society over the past one hundred and fifty years.

More than any other technology, cars have transformed American popular culture. Cars have created vast wealth as well as novel dreams of freedom and mobility. They have transformed our sense of distance and made the world infinitely more available to our eyes and our imaginations. They have inspired cinema, music and literature; they have, by their need for roads, bridges, filling stations, huge factories and global supply chains, re-engineered the world. Almost everything we now need, want, imagine or aspire to assumes the existence of cars in all their limitless power and their complex systems of meanings.

This book celebrates the immense drama and beauty of the car, of the genius embodied in the Ford Model T, of the glory of the brilliant-red Mercedes Benz S-Class made by workers for Nelson Mandela on his release from prison, of Kanye West's 'chopped' Maybach, of the salvation of the Volkswagen Beetle by Major Ivan Hirst, of Elvis Presley's 100 Cadillacs, of the Rolls-Royce Silver Ghost and the BMC Mini and even of that harbinger of the end—the Tesla Model S and its creator Elon Musk.

As the age of the car as we know it comes to an end, Bryan Appleyard's brilliantly insightful book tells the story of the rise and fall of the incredible machine that made the modern world what it is today.

Bryan Appleyard: Bryan Appleyard was educated at King's College, Cambridge. He was Financial News Editor and Deputy Arts Editor at The Times of London and has subsequently written for the New York Times, Vanity Fair, the Spectator, and the New Statesman. He has been Feature Writer of the Year three times at the British Press Awards. In the 2019, he was appointed Commander of the British Empire for services to the arts and journalism. He lives in England.