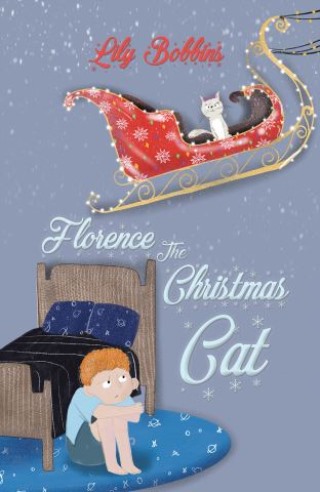 Florence the cat was upset at being left alone over the Christmas Holiday, until Santa came down the chimney and persuaded Florence to spend Christmas Eve helping him to deliver all the children’s presents. On the way they discovered a very sad letter from a boy called Harry. Harry recently had to go and live with his dad and his dad’s new family and was not happy. So Santa and Florence collected Harry to join them on their journey. Just after they set off, the shooting stars erupted and upturned Santa’s sleigh! Harry and Florence were sent flying through the air, only to land in a country neither of them had heard of before. They befriended Malik and his sister Aaral, who lived on the streets. Harry was stunned when he realised how Malik and Aaral survived and he began to feel ashamed of his behaviour at home and at school, and realised that he did in fact have a good life compared to his two new brave friends. The three children were then kidnapped by the Deputies, who sold children to adults in foreign countries. Will Florence rescue them in time?

Lily Bobbins: Lily Bobbins lives in East Yorkshire. Lily worked in Children's Services and Education for twenty-five years, but has always had a passion for writing. Lily has a daughter and granddaughter, and lives with her partner, Fred. Florence the Christmas Cat, was inspired by Lily’s own cat, and some of the children she has worked with over the years she spent as a Care Officer and Welfare Officer.