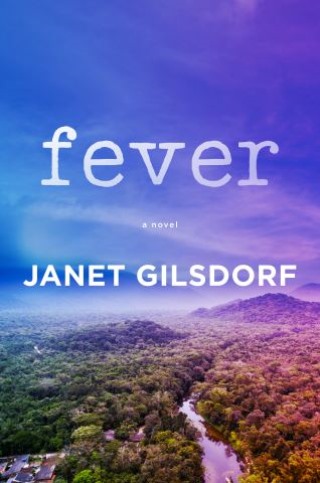 From acclaimed author and Professor Emerita of Pediatrics and Epidemiology Janet Gilsdorf comes a captivating and timely novel about a young doctor's quest to uncover the cause of a mysterious disease killing young children, and the race to find a cure.

In 1984, in the small Brazilian village of Promiss&#227;o, a young child begins to fuss, her eyes turning pink and her skin flushed with heat. Four days later, she's dead.

Sidonie Royal, an accomplished physician and scientist, arrives in the small Brazilian village of Promiss&#227;o to investigate and hopefully cure this insidious new disease. With several young children already dead, and more getting sick by the day, the stakes cannot get any higher.

But Sid's personal life is also in flux, as she struggles to balance a complicated relationship with her boyfriend, Paul, pressure to start a family from her well-meaning mother, conflict with her surly but brilliant coworker named Eliot, and a budding romantic attraction to her doctoral student's twin brother. As Sid relentlessly pursues an explanation for the disease, the village's physician calls in the Global Health Agency, triggering a scientific race that spans two continents and becomes increasingly defined by personal stakes.

Set against the backdrop of the early days of the AIDS epidemic, Fever is about finding courage in the face of the unknown, the lasting power of community, and one woman's challenge to prove herself as she aims to make a life-saving—and career-defining—discovery.

Janet Gilsdorf: Janet Gilsdorf's work as a scientist reveals the secrets of nature; in her field of microbiology, those secrets are microscopic in size yet powerful in impact. In her work as a physician she guides patients and their families through their medical challenges and counsels them during their finest, as well as their worst, moments. As a writer, she integrates the scientific, medical, and personal truths she witnesses, makes emotional sense of their meaning, and finds the most effective ways to communicate these truths through concepts and images built from words.